Eight Blood Disorders That Should Motivate You to Donate

20 Sep Eight Blood Disorders That Should Motivate You to Donate

Posted at 00:07h in Blood Diseases by Scott Eggenberger 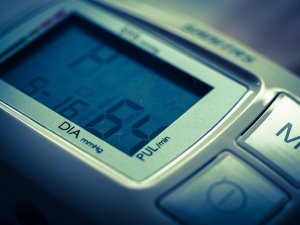 You would be surprised how many people in the United States live with blood disorders.

All around the country, those in phlebotomy schools are constantly asking people to participate in blood drives because the need for healthy blood has never been more prominent.

People who suffer from anemia have a really low number of blood cells. Even though mild anemia usually has no symptoms, severe anemia can cause people to be fatigued, have pale skin and constantly experience shortness of breath.

According to people in phlebotomy schools, individuals with this condition have an overactive immune system that destroys their red blood cells, which can cause anemia.

Individuals with this condition experience stiff and sticky red blood cells. This causes blockage to the blood flow, and intense pain and even organ damage can occur.

In this condition, the body produces too many blood cells. The cause behind this is unknown, but the extra amount of red blood cells typically creates no problems.

Even though this condition is not very common in the United States, it is prominent in places like Africa. Malaria is caused by mosquitoes, which transmit a parasite into the blood of the person they bite.

This form of blood cancer develops in the lymph-system. The white blood cells become malignant and start multiplying abnormally.

This is when an infection in the body spreads into the blood. It can cause fevers, respiratory failure, and low blood pressure.

Those in phlebotomy schools around the world will say that this is probably one of the most common disorders out there. The bodies of people with this disorder have a hard time making blood clots when bleeding due to a genetic deficiency of certain proteins.