Donating Blood Could Save Your Life

30 Jul Donating Blood Could Save Your Life

Posted at 11:56h in Blood Donating by Scott Eggenberger 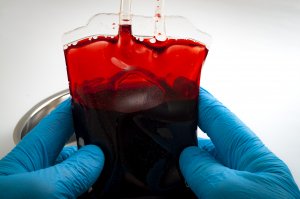 One of the greatest gifts a person can give is the gift of a second chance at life. Whether in the event of a disaster or just when a local blood drive occurs, people head over to the blood donation centers to have their arms pricked by a phlebotomy specialist and do their good deed for the day.

Countless classes have taught the benefits of donating blood to help other people; however, giving blood may also help to save your own life.

Donating blood helps to reduce large amounts of minerals and potentially harmful metals such as iron that accumulate in the body over time. Seeing a phlebotomy specialist and donating blood can be even more helpful for men, as they do not have the opportunity to lose blood monthly due to menstruation. This loss of blood is thought to contribute to the lifespan gap between men and women.

It is believed that donating blood can help reduce the risk of a handful of diseases such as Type II Diabetes. A number of studies covered in phlebotomy classes have shown that donating blood helps to reduce large amounts of stored-up iron. This reduction of iron buildup in the blood increases the amount of insulin sensitivity, thus reducing the chances of Type II diabetes.

In a study performed by the American Association for Clinical Chemistry, researchers found people who had donated blood two to 10 times a year within a five-year time frame had lower levels of iron and better glucose sensitivity. Studies do not yet know why low blood stores increase glucose sensitivity; it could just be a correlational effect.

In another study, one group reduced their iron stores by bloodletting twice a year; the control group did not release any blood. By the end of the study, those that had released blood and lowered iron levels were at a much lower risk of cancer than the control group.

Studies suggest that blood donation can reduce the risk of life-threatening diseases, thus increasing life expectancy. Although it is not guaranteed to save your life, blood donation can not only help the lives of others but yours as well.