The holiday season is in full swing. Gifts of all shapes and sizes are being swapped between friends and loved ones from Van Nuys, Calif. to all over the world. However, one of the most important gifts one can give is the gift of blood donation. Schedule a time to donate blood with the help offered by a graduate of phlebotomy classes to potentially save lives around the country and the world. 62 countries around the world get 100 percent of their blood supply from voluntary, unpaid donors.

As the holiday season can be one of the busiest times of the year, people often forget to give back to those in need. A decline in donations occurs between Thanksgiving and New Year’s Day when many donors are busy with holiday errands and other activities, not to mention travel. Between travelling to and from Van Nuys, attending parties and making dinners, it may seem there’s no time to donate blood. However, as The American Red Cross reports, “Someone in the United States needs blood every two seconds.” Remember that medical treatments and emergencies requiring blood don’t hold off during the holidays. 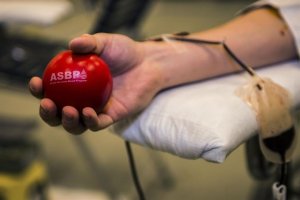 If you take the time to think about how many seconds your average holiday get-together adds up to be, it’s clear there are many who will need blood over the course of any party. By donating blood, those individuals will receive the gift of life during the holiday season, with their loved ones close by. With the assistance of those who are trained in venipuncture through phlebotomy classes, anyone can give blood and help others enjoy their holiday season.

WebMD reports, “Donating blood even once can help save the lives of three people…” whether they be newborns needing surgery, adults who are severely injured or those with a life-threatening disease. People in every nation are seeking the help that only you can provide through donating blood. If you are already a donor, you probably know how important donating blood is. If you don’t donate, you’re not alone … 60 percent of Americans are eligible to give blood but only 5 percent of them do.

An important concept taught in phlebotomy classes is the variety of different blood types. The Red Cross calls for people of all blood types to donate. Those who have type O negative and A negative are especially encouraged to donate because of the rarity of their blood types. Several donation centers are located in areas from Van Nuys to the eastern coasts of the Empire State for donors’ convenience.

To further thank those for giving blood during an important time of the year, the Red Cross sometimes presents blood donors with special gifts, such as one year when donors were presented with a special potholder filled with unique celebrity chef recipes. The Red Cross gave these potholders to those who donated around Thanksgiving, which the organization claims to be the busiest time of November.

Give the most personal and rewarding gift to those who need it. Seek help from those who have graduated from phlebotomy classes and help save the lives of people from Van Nuys and around the country. There is no better way to spend the holidays than saving lives.

Not sure if you’re eligible? Eligibility requirements are different in each state, but generally speaking, if you are at least 17 years old, weigh more than 110 pounds, and don’t have AIDS or any other transmissible disease, you are eligible. Note that there are temporary conditions that might also disqualify you from donating temporarily, including low blood iron, problems due to high or low blood pressure, and pregnancy. Returning from recent travel abroad may also disqualify you from being able to donate.

Blood donations are needed all year round, but remember that they’re most critical during the holiday season, as that’s when hospitals and ERs typically see the most trauma.