Blood Tests and the Role of Phlebotomy

12 Sep Blood Tests and the Role of Phlebotomy 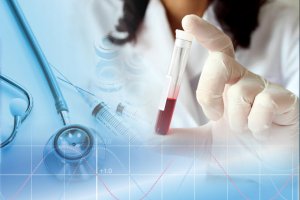 Imagine someone at the doctor’s office. After a brief consultation about symptoms and severity, the doctor says they will need to run some blood tests to help perform the correct diagnosis. A phlebotomist or someone else that has taken phlebotomy courses will draw the blood sample (or samples).

While blood testing may seem so hush-hush since so little of it is visible to patients, the reality is that all time in blood testing is time well spent. After the sample is collected and properly labeled for the patient, it is sent to the lab—in-house or outsourced to a lab–so that laboratory technicians can read the results.

There are quite a few different tests to be performed on each sample of blood. While some are tests used for large scale blood donation, other tests are used by doctors and physicians to determine which illness is plaguing their patients.

With chemistry tests, the blood is tested for chemicals that indicate disease. It can be a test to monitor blood sugar for diabetes or tests to indicate if a person is using illegal drugs.

Hematology has more to do with the blood itself, not what is found along with it. Phlebotomy courses focus more on these tests since most of those who go on to graduate will study things like cell count and protein levels of plasma.

Both immunology and molecular diagnostics tests are lumped together here. These tests are more complex and are often used to see if the immune system is functioning properly. Phlebotomy courses only graze the surface of these tests, as the tests cover things like DNA and RNA analysis to determine disease risk, as well as tests to uncover autoimmune diseases.

Virology tests look at the possibility of viral infection. Virology blood tests look at how the immune system of the patient reacted to the virus. Tests include those used for flu viruses and HIV.

Transfusion services are another test group that those who have taken phlebotomy courses are more likely to cover. They look at blood types and distribute the blood to those who need it after tests are performed to determine if the blood is safe and ready for use.

Although it may seem like a long and arduous process, all of this is usually done in a period of 24-48 hours, keeping both patient and doctor in the know.