Phlebotomy courses teach students how to safely draw and store blood. Places like Utah have multiple phlebotomy schools and clinics, but nobody ever seems to wonder what happens to the blood after it’s been drawn.

Admittedly, most blood is quickly transfused into victims of accidents or surgery patients. But phlebotomy courses in Utah teach students how to do much more. Blood drawn by phlebotomists can be used for a genetic screening intended to dramatically lower the incidence of genetic disease. 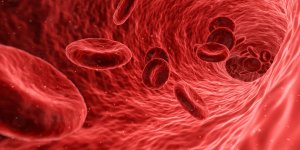 iGenomix, a Spanish biotech company, has developed a blood test that indicates whether couples are compatible to reproduce. Experts estimate that nearly 8 percent of the world’s population is incompatible to reproduce with each other. That is to say, both partners carry faulty DNA that would likely result in a baby being born with birth defects.

It has been reported that the compatibility test screens for more than 4,500 mutations and can highlight danger for 600 genetic diseases. Those aren’t the only large numbers associated with the test. It costs upwards of $2,000 USD. The genetic screening test also means that women could learn about the future health of their baby as early as six weeks into pregnancy.

Reaction to the test has been very mixed. Some believe that it smacks of eugenics (the science of improving a human population by controlling reproduction in order to increase desirable human characteristics), while others see it as a means of preventing the pain and dangers of disease. Some might even compare this type of genetic screening with Andrew Niccol’s dystopian Gattaca.

“I have had experience of people who have had their test and their results have been good, so they’ve got peace of mind,” says Dr. Jenny Dobbs, a fertility consultant at one of the clinics currently offering the test.

Birth defects, which occur in nearly one in 20 pregnancies, range in severity from minor abnormalities to more extreme genetic disorders, and even mental retardation. The genetic screening test would enable future parents to decide whether to proceed with a pregnancy if conditions such as Huntington’s disease, muscular dystrophy, sickle cell anemia, hemophilia, or cystic fibrosis  are detected.

“The options for couples who do find out they could be affected are that they do nothing, and risk having a child that has a disease,” she continues. “The other options are not to have a child, not to have a family, to adopt or to have IVF treatment, where they can screen the embryos and only implant a healthy embryo in the womb.”

It is worthy to note that the decision to abort a fetus isn’t the only option available to parents. These test results could possibly help mitigate the effects of some genetic disorders. For example, some symptoms of congenital adrenal hyperplasia, such as genital ambiguity, can be deterred if the mother is given a certain steroid before nine weeks of pregnancy. Thalassemia blood disorders can also be treated with blood transfusions administered soon after birth. Other disorders may be treatable in utero with gene treatments. The test development was originally intended for couples with family histories of genetic disorders, but proponents hope that the test can be incorporated universally.

Regardless of controversy, the test is a great victory for science. The study of medicine and phlebotomy will only become more thorough as time goes on.

The compatibility test has been a lightning rod for controversy, but can provide many potential parents with valuable peace of mind.