Gay Men Now Allowed to Donate Blood in Most Countries

Posted at 09:04h in Blood Donating by Scott Eggenberger 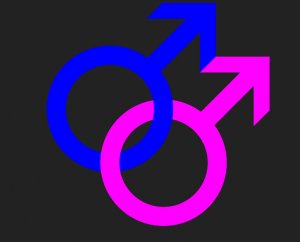 Phlebotomy courses prioritize the safety of blood donation patients. For many years, American health experts have been concerned about the risk of AIDS and HIV viruses being transmitted via blood transfusions. It was for this reason that they ultimately banned gay men from donating blood in the 1980s.

In those days, HIV had only recently been discovered, and remained poorly understood. Without any treatment methods, the virus killed thousands. Fear of the disease ran through every level of the healthcare system, from phlebotomy courses to the Mayo Clinic. For doctors and policymakers, the ban made sense at the time. Many countries followed suit.

Now, more than two decades after the ban was passed, lawmakers are beginning to reconsider.

“Today it’s not a question of passing judgment on this [ban], which was made in an era marked by the dramatic development of AIDS and contaminated blood, and in which only safety of the blood was taken into account,” says Marisol Touraine, the current French health minister. “Yet today no one can deny that this exclusion is seen as the presumption of homosexuals being HIV-positive.”

France recently became the latest country to lift the ban on gay men donating blood. Advances in medicine revealed much more about the nature of HIV than doctors initially knew. Although phlebotomy courses emphasize patient safety as much as ever, many are beginning to accept the idea of homosexual people donating blood. The FDA states that blood donations from gay people are not inherently unsafe.

In countries like France and Australia, the ban on gay men donating has been replaced with a deferral period. After 12 months without a homosexual relationship, men are allowed to donate if they desire to do so. France believes the waiting period to be a necessary precaution against the transmission of disease.

Some countries have a shorter waiting period, but every nation that allows gay men to donate requires them to abstain from sex for a set period before donating. For Americans, the ban remains in place in most states, but many hope it will be lifted soon.

Phlebotomy courses will continue to prepare students to safely draw blood. The FDA is currently reviewing data that it has collected over a yearlong survey. After concluding that the blood of homosexual men posed no great health threat, they ran opinion polls across the country about the issue.